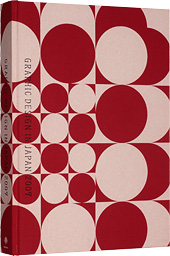 The 11th Yusaku Kamekura Design Award
The Yusaku Kamekura Design Award was established in 1999 in commemoration of the achievements of Yusaku Kamekura, JAGDA’s first president, as a way of contributing to the development of graphic design. The award is presented each year to the work judged to be most outstanding among all entries. This year, the Award was given to Mr. Ryosuke Uehara for the graphic tools for “Theatre Products” fashion brand. He garnered acclaim for the powerful impact of his ongoing, innovative graphic design work for the brand, as well as for the impression his works made of the important function of graphic design in society.

JAGDA Awards 2009
Starting in 2008, the JAGDA Awards were launched in reflection of JAGDA’s commitment to commend and record each year’s outstanding works of graphic design – an undertaking JAGDA considers to be among its important activities. The JAGDA Awards are presented to several particularly significant works among those submitted for entry in the Annual that garnered the most number of votes in their specific category. This year, the Award was given to the following five works: “6 sense,” “Life,” “Pleatas Please Issey Miyake Brand Ad 2009,” “Graphic arts of Japan: 4 Shunju Rokkyoku,” and “Pleatas Please Issey Miyake Colored Pencils Limited Box 2008.”

JAGDA New Designer Awards 2009
The JAGDA New Designer Awards were established in 1983 with the goals of calling attention to outstanding young designers and vitalizing the realm of graphic design. Winners are selected each year from among all entrants who have not reached their 40th birthday as of the end of October of the judging year. The 2009 awards represent the 27th to date. As a result of the strict selection process, Rika Eguchi, Yoshiaki Irobe, Yoshinori Okada and Ryota Sakae were selected as the award-winning designers.

Roundtable Discussions
The judging panel held the 10 category-based discussions on the trends of designs created during the year, works which attracted particular attention, and future possibilities.