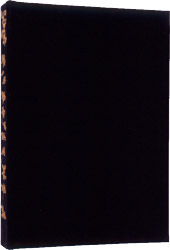 JAGDA, the largest design organization in Asia, has renewed the JAGDA Annual, a design annual published since 1981. It has been renewed under a new editing policy as Graphic Design in Japan, a collection of the best Japanese graphic designs. The size was enlarged to A4 for the first time in eight years and the size of pictures was also increased. Over 1,000 designs are categorized and presented with the purpose of production for each work. Designers and their works are laid out in Japanese alphabetic order. In addition, a list of JAGDA members by prefecture (including e-mail addresses and URLs) and indexes of copywriters and photographers are included. The annual also includes 11 category-based discussions participated in by several selection committee members on the trends of designs created during the year, works which attracted particular attention, and future possibilities. This is an unprecedented design annual, a collection of world-class graphic designs created by Japanese designers, which also serves as a database.

The 7th Yusaku Kamekura Design Award
The Yusaku Kamekura Design Award was established in 1999 in commemoration of the achievements of Yusaku Kamekura, JAGDA’s first president, as a way of contributing to the development of graphic design. The award is presented each year to the work judged to be most outstanding among all entries.
This year, the award was given to the posters created by Mr. Mitsuo Katsui for a collection of his works entitled mitsuo katsui: visionary ∞ scape. Mr. Katsui has long proven his own “visionary” capabilities as a pioneer in the transformation to digital design creation. From the era before the computer, he was among the first to manifest a digital feeling in his works as a precursor to what is produced widely today. The Committee gave high marks to the extremely beautiful colors and forms and the meticulous constructions.

JAGDA New Designer Awards 2005
The JAGDA New Designer Award was established in 1983 with the goals of calling attention to outstanding young designers and vitalizing the realm of graphic design. The 2005 awards represent the 23rd to date. As a result of the strict selection process, Mr. Koji Iyama, Ms. Chiharu Kondo, Mr. Takahisa Nakajima and Mr. Kazushi “Sabi” Nakanishi were selected as the award-winning designers.

Best Work
The work receiving the highest acclaim in each category is given a “Best Work” award. Award winners are featured on the first page of their respective categories.

Roundtable Discussions
The judging panel held the 11 category-based discussions on the trends of designs created during the year, works which attracted particular attention, and future possibilities.