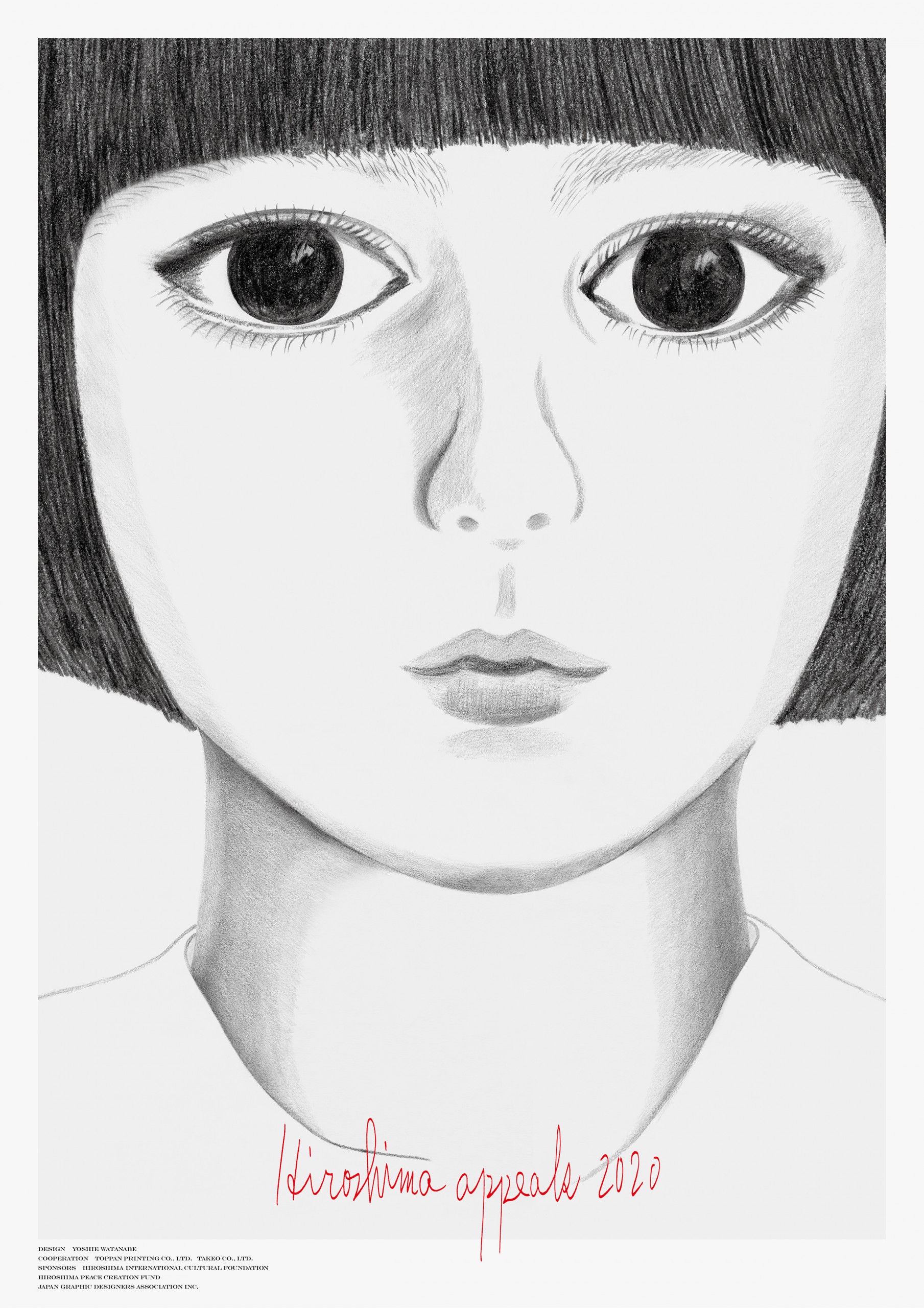 Being able to enjoy peace in our everyday lives is something special. As I write these words, the world is fighting against a virus, a crisis that has also prompted countries to engage in information and economic wars.

To me, it appears as if the world is becoming increasingly complicated and more and more greed is rising to the surface. This fills me with great sadness. No matter how much I wish it were so, I do not think the world will be at peace anytime soon.

If that is the case, as a starting point, Japan must do all that it can, and we must each do all that we can, to protect this country and our lives. That is all we can do.

In 1983, the Japan Graphic Designers Association Inc. (JAGDA) and the Hiroshima International Cultural Foundation announced their collaboration on a project focusing on the theme “Hiroshima’s Spirit” and launched a poster campaign with the goal of promoting peace at home and abroad. The first poster, entitled “Burning Butterflies”, was created by Yusaku Kamekura, the president of JAGDA at the time. Designers affiliated with JAGDA produce one poster each year.

The posters are sold to the general public and exhibited in a nationwide tour called the “Peace Poster Exhibition”. Posters in the series have engaged citizens around the world, displayed in the Atomic Bomb Exhibition preceding to the historic 1985 Geneva Summit, and the exhibition entitled “Hiroshima: A Message for Peace among People” held in Barcelona and Valencia in Spain, and Aosta in Italy in 1997. The 2008 poster was sent to several member cities whose mayors are members of the international group Mayors for Peace. The “Hiroshima Appeals” project, conducted annually from 1983 till 1991, was reinstated in 2005 to commemorate the 60th anniversary of the end of World War II.