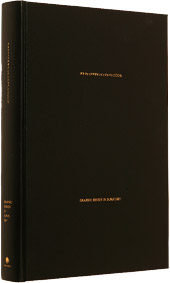 The 9th Yusaku Kamekura Design Award
The Yusaku Kamekura Design Award was established to honor the achievements of Mr. Yusaku Kamekura, the first President of JAGDA, with the aim of further developing graphic design. This award is presented to the best design selected from works included in the Graphic Design in Japan annual. The 9th Award was presented to the package design of ISSIMBOW “Katachi-koh” created by Mr. Shin Matsunaga. This is the first product of the new graphic design-led brand ISSIMBOW. The quality and completeness of the product with the excellent design not only in the outer package but also in detail were highly evaluated.

JAGDA New Designer Awards 2007
The JAGDA New Designer Award was established in 1983 with the goals of calling attention to outstanding young designers and vitalizing the realm of graphic design. The 2007 awards represent the 25th to date. As a result of the strict selection process, Mr. Tomoaki Furuya, Mr. Tadahiro Gunji and Mr. Yosuke Kobayashi were selected as the award-winning designers.

Top Scorer
The works garnering the most votes in each category are shown at the top of their respective category pages.

Roundtable Discussions
The judging panel held the 11 category-based discussions on the trends of designs created during the year, works which attracted particular attention, and future possibilities.