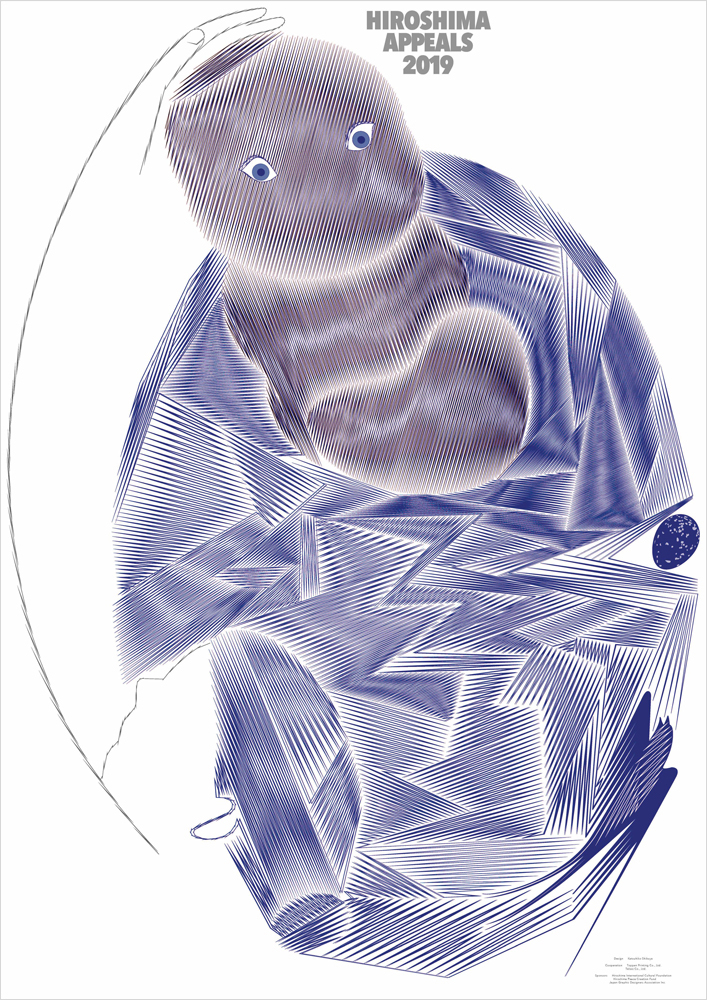 Comment from Designer
In a book about the immediate aftermath of the bombing of Hiroshima, it was written that “swallows whose feathers were scorched and were unable to fly were walking along the ground by hopping about.” Naturally, there was no trace left of the birds that had been flying through the center of the explosion, but the very fact that swallows, the most agile of all birds, had their feathers scorched illustrates the instantaneous power of the atomic bomb like nothing else. Did chicks wait endlessly in their nests for their parents, which were no longer able to fly?
A long time has passed since the atomic bomb fell on Hiroshima, and many of the city’s citizens are the children and grandchildren of the victims of the bombing. Nevertheless, the things that were destroyed at that time are carried within them and do not end. Therein lies the extraordinary nature of this atomic bomb, I feel.
Children are the hope of the future. In order for the world that new generations live in to continue to be peaceful, I want as many people as possible to convey the story of Hiroshima to the adults of the world. It is this wish that I embodied in the poster.

Hiroshima Appeals Poster Campaign
In 1983, the Japan Graphic Designers Association Inc. (JAGDA) and the Hiroshima International Cultural Foundation announced their collaboration on a project focusing on the theme “Hiroshima’s Spirit” and launched a poster campaign with the goal of promoting peace at home and abroad. The first poster, entitled “Burning Butterflies”, was created by Yusaku Kamekura, the president of JAGDA at the time. Designers affiliated with JAGDA produce one poster each year.
The posters are sold to the general public and exhibited in a nationwide tour called the “Peace Poster Exhibition”. Posters in the series have engaged citizens around the world, displayed in the Atomic Bomb Exhibition preceding to the historic 1985 Geneva Summit, and the exhibition entitled “Hiroshima: A Message for Peace among People” held in Barcelona and Valencia in Spain, and Aosta in Italy in 1997. The 2008 poster was sent to several member cities whose mayors are members of the international group Mayors for Peace. The “Hiroshima Appeals” project, conducted annually from 1983 till 1991, was reinstated in 2005 to commemorate the 60th anniversary of the end of World War II.